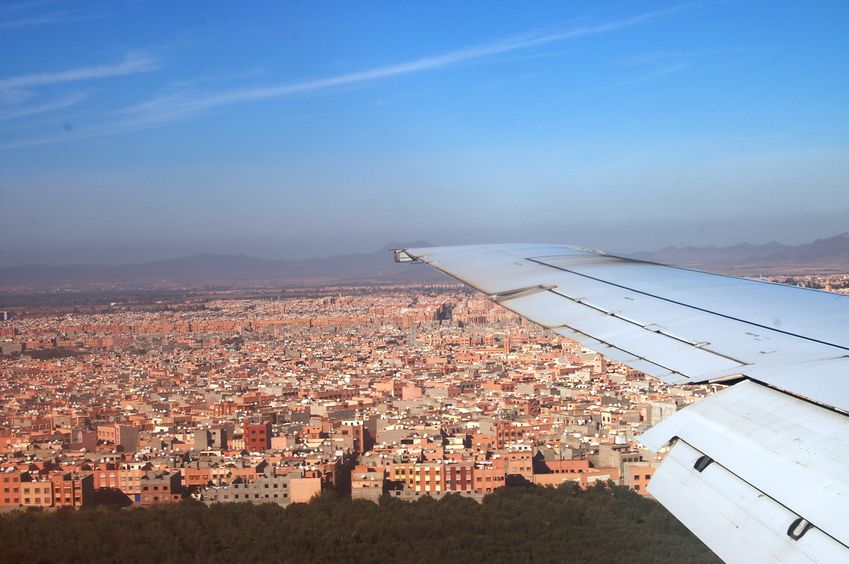 Take a quick trip to the Moroccan city.
by Therese Aseoche | February 25, 2017

Marrakesh goes by many different names. It’s known as the Red City because of its circuit of walls and buildings made of tabia, or red mud mixed with lime for fortitude. It’s regarded as Morocco’s Jewel of the South for being the busiest center for trade. It’s one huge marketplace made up of winding passages, picturesque architecture, and city-wide bazaars (which they locally refer to as souks). It’s the civilization that kisses the edges of the West Sahara Desert and the foothills of the Atlas Mountains. It’s a city so poor by European standards, but is still a favored destination by tourists in need of an unusual retreat.

Marrakesh is so many things all at once which makes it a bewildering yet fascinating city to escape to.

It’s a city that holds many treasures, from peaceful gardens and luxurious riads to mosques, museums and palaces that exhibit ancient Moroccan traditions. It has a multitude of souks that sell anything under the sun — from spices, carpets, and slippers to jewelry, kaftans, and leather goods — and various street performers like snake charmers and acrobats who will keep you entertained during your afternoon stroll.

Like all cities, Marrakesh is divided into two factions: the town of Medina which is so rich in history and culture that it makes you feel like you’re in a real-life setting of “Aladdin”, and Ville Nouvelle where you can find the trendier establishments and gardens that promote a more contemporary way of living.

While it may sound like an expensive vacation getaway, it really doesn’t cost so much to fly there.

Marrakesh bombards your senses until it is etched forever in your memory. Let this bird’s eye view of the city prove to you just how unforgettable a trip there would be.

Is there anywhere else you hope to go soon? Tell us where and why in the comments section below!

Morocco’s Most Interesting Sites and Sights