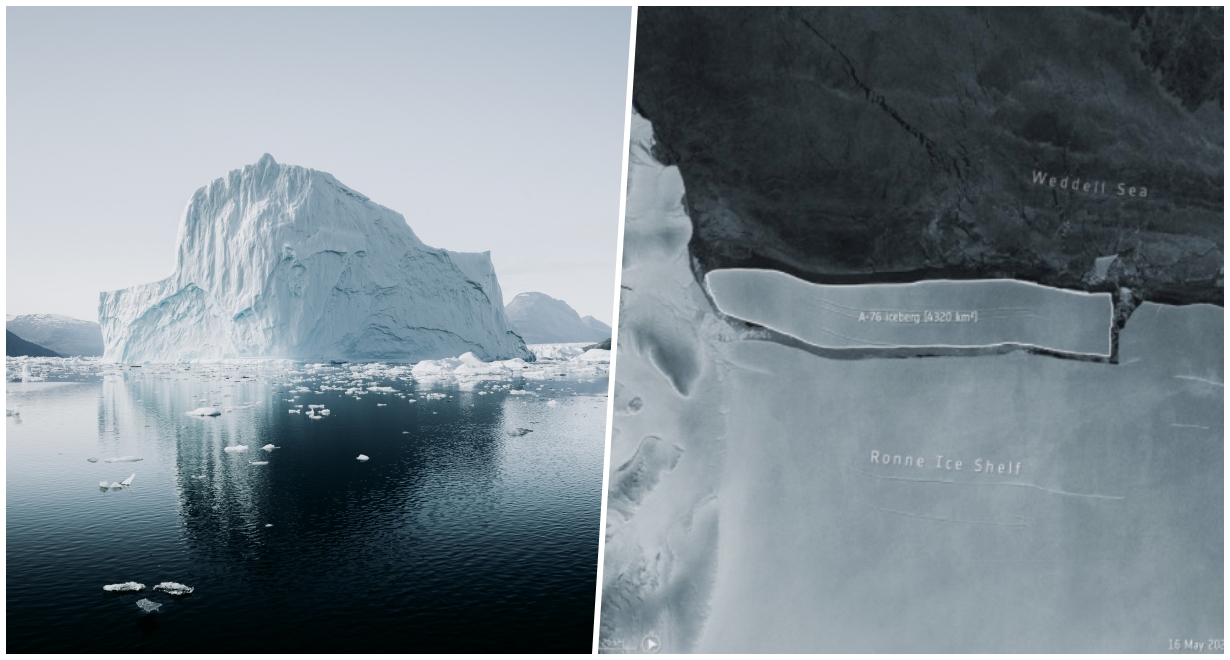 LOOK: The World’s Largest Iceberg Just Broke Off in Antarctica

The gigantic iceberg is bigger than Rhode Island in the U.S.
by Ina Louise Manto | May 22, 2021

According to the European Space Agency, a gigantic iceberg calved in Antarctica and it’s approximately 80 times the size of Manhattan, making it the biggest in the world.

A-76, the world’s biggest iceberg

This piece of the iceberg, now dubbed as A-76, broke off on May 13th, according to the U.S. National Ice Center. It was first spotted by British Antarctic Survey’s Dr. Keith Makinson, which was confirmed by USNIC Ice Analyst Christoper Readinger through a satellite image by the Copernicus Sentinel-1 mission. A-76 was originally located on the western side of the Ronne Ice Shelf. Now, the 4320 square-kilometer iceberg floats in the Weddell Sea and it’s the largest in the world. It’s around 25km wide and 170km in length, which is just slightly larger than the Spanish island of Majorca.

What caused the iceberg to dislodge? Should you be worried?

While climate change can be one of the culprits for the iceberg to break off, sea ice analyst Christopher Readinger shared that this phenomenon is a part of a natural polar cycle.

“Around Antarctica, there are a couple of extremely large ice shelves. The Ross is the biggest. Then the Filchner-Ronne Ice Shelf is the second biggest, and that’s where this one came from. … It’s basically a floating glacier. So a shelf slowly moves out every year. Maybe a few hundred meters a year, maybe a mile every year. And then over time, there’ll be crevasses that occur in it as it moves out. And then eventually, an iceberg will just break off,” shared Readinger in an interview with Vox.

He also confirmed that it’s not climate change-related and that the phenomenon happens once every few decades. The iceberg is already floating in the sea, so this will not cause an increase in sea levels.

The last biggest iceberg recorded is the 3880 sq km A-23A iceberg, which has remained floating in the Wedell Sea since 1986.

The Far South: Exploring Antarctica from the World’s End
The Most Mystical Places in the World
Greater Adria: The Recently Discovered Lost Continent Submerged Under Southern Europe 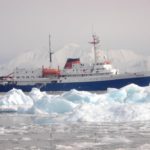 The Far South: Exploring Antarctica from the World’s End Previous 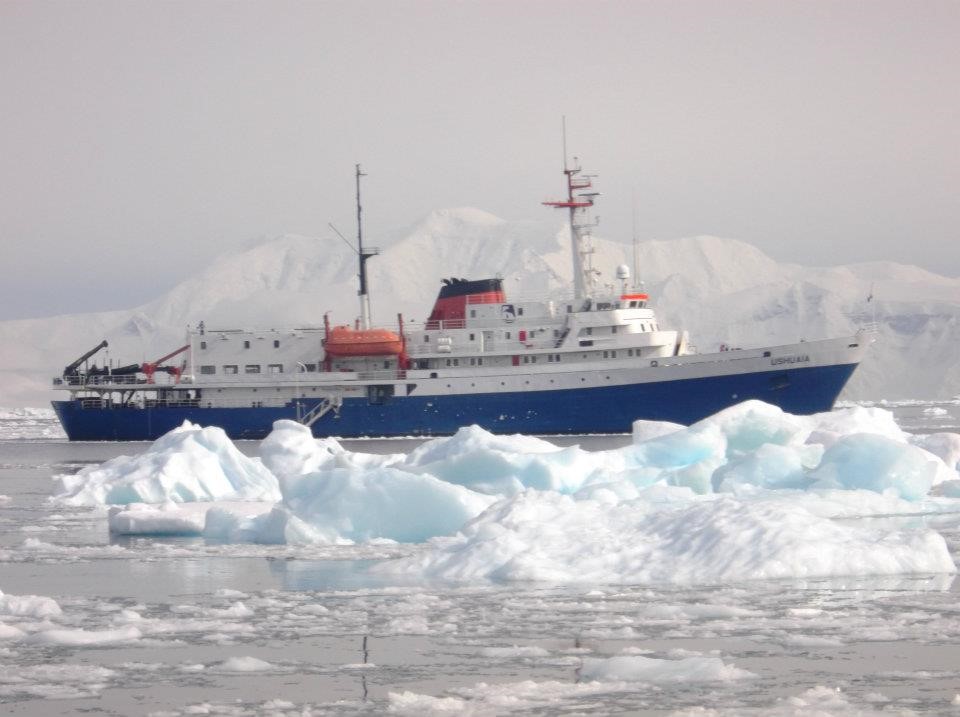 The Far South: Exploring Antarctica from the World’s End