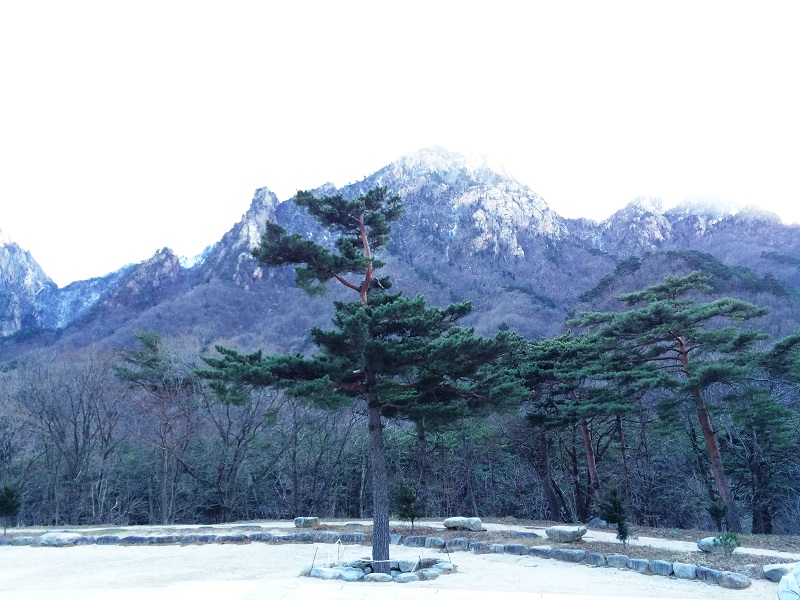 My affection for Korea started with TV dramas. Korea is always rendered so beautifully picturesque and I always wondered if this was the case in real life. I wondered about winter, and if everyone was really so Instagrammably fashionable. Also, how do they have such poreless-looking skin?

We were curious and enamored. And so we went. What initially hits you is that Seoul City is HUGE. And that it’s a one-hour train ride from Incheon International Airport. The AREX Airport Railway will get you directly from the airport to Seoul Station. From there you can take a cab to your hotel, be sure to have a Korean translation of the name of the hotel since some drivers might not understand English. Another option is to take the Limousine Bus, but it might prove difficult for first time tourists especially if you don’t know where your stop is. Seoul is a typical bustling metropolis, with less traffic. Their transportation system is really efficient that you won’t be lost as long as you know where you are going. The Seoul Metro may look intimidating from the subway map, but you’ll get used to it in no time. Be sure to get re-loadable T-Money that you can use for cabs, buses, the subway and convenience stores. Some iconic places to visit are the Gyeongbokgung Palace, which is the main royal palace during the Joseon Dynasty, and the N Seoul Tower in Namsan overlooking the whole city. In the province of Gangwon, the Seoraksan National Park is a 3-hour bus ride from the city. From Seoul travel to Sokcho and ride the intercity bus which drops you off in the park.

The UNESCO site is spread across four cities. There are different hiking courses which can take you to the highest peak. There’s no light on the trail, so it is best if you can pack a flashlight during your hike in the nighttime. Korea’s mountainous landscape provides some of the world’s best hiking terrain and the views are a definite visual treat for the eyes.

Busan, the second largest city in the country, is one of the places I wanted to visit while in Korea. It’s a metropolitan area with many beaches like Haeundae Beach where locals and tourists come in droves during the summer. You can fly directly from Manila to Busan or take the KTX Train from Seoul. It’s a 3-hour comfortable ride via the Gyeongbu Line. Tourists need to purchase the KORAIL Pass online; this will give you unlimited rides. This is a good way to visit other less-populated areas in the country, which sometimes get overshadowed by the larger and TV-popular cities.

An hour bus ride away from Busan is Masan. It is situated at Changwon in the province of Gyeongsangnam where you can find Sang Sang Gil, which is a road with names of celebrities and tourists, sponsored by the Korean Tourism Organization. The Chang-dong Art Village in Masan was developed to transform the area into a trendy art village with beautiful street and wall art. They also have markets that sell different things from food to Hanbok. Back in Seoul Station, we took a one-hour subway ride to Gapyeong Station. From there, we took a cab to Namiseon dock and purchase a ferry ticket that will take you to Nami Island. I could not hide my excitement the first time I saw the place. It’s one of the most beautiful places I have ever seen. The K-drama series Winter Sonata was filmed on location in Nami Island. The weather, the trees and even the music playing on the speakers gave you the impression that you were living in the TV series. You can take a leisurely walk along the Gingko trees or ride a bicycle by the lakeside. Another attraction near the area is Petite France, it’s a French cultural village set in Korea. The theme is stars, flowers and The Little Prince, the famous children’s book by Antoine de Saint-Exupery. As a fan of the book, I was thrilled to walk around this French village with drawings and statues of characters from The Little Prince everywhere. Inside the houses are actual artifacts, well as antiques and porcelains from France. There was an actual marionette play in one of the theaters, featuring the story of the most famous marionette, Pinocchio. But, why go to Korea in winter and not see snow? My winter wonderland experience was capped by actual snowfall. We wanted to go skiing so we went to Bears Town, one of the nearest ski resorts. It’s an hour bus ride to Pocheon, Gyeonggi province. From Gangbyeon Station in Seoul, take bus 11 and it will drop you off at the resort. Skiing is not for the faint of heart, as it is tough and dangerous especially for first timers. But it sure is fun to try out something new, skiing (and yes, crashing) in the snow. We went for curiosity, and we got more than what we expected. 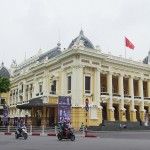 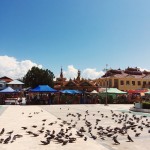