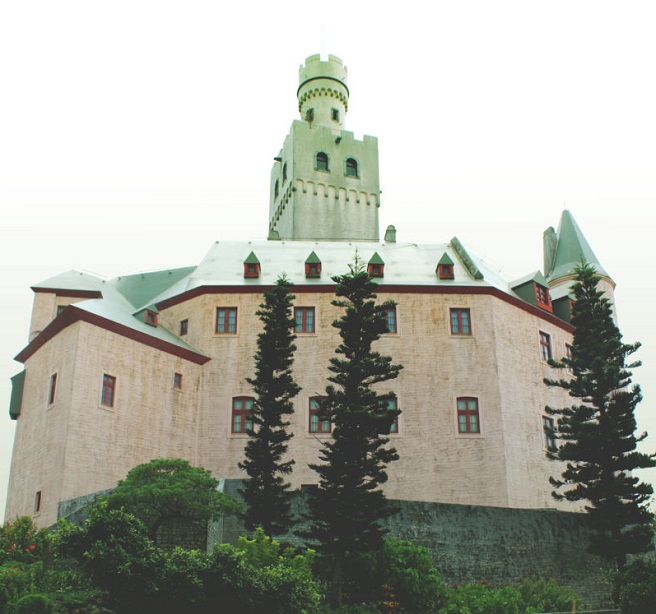 When one says Okinawa, images of gin-clear waters and colorful shisa gargoyles come to mind. But Okinawa still being a part of Japan, you’re in for the self-same dose of weirdness when traveling there.

I, for one, couldn’t believe my eyes when our bus rolled out to the countryside and lo and behold, a Gothic spire loomed out of the grey Okinawan skies. What sorcery is this? Our tour guide said that we were well on our way to the Ueno German Culture Village. Now these young eyes of mine haven’t seen a lot of castles in my 34 years on this rock. Well, maybe that Sleeping Beauty one in Disneyland Hong Kong, but maybe that shouldn’t count since it’s made from stucco.

According to legend, our tour guide, and my Wikipedia consultation, the castle was built as a gift for the local islanders who helped stranded German sailors who were shipwrecked on their coast. Through the ensuing years, it has also became a symbol of friendship between the Germans and the Okinawans. Beyond the castle’s parapets is a glorious ocean view of Okinawa’s coral-blue waters. Inside the castle wars are various artifacts of German culture such as these sets of vintage clothes and this bespoke baby carriage. Hipster much? Ich heisse Superfantastisch! A Gothic candelabra and chair. These ones remind me of stories by the Brothers Grimm. A knight in rusty armor. Stations of the Cross artworks adorn this vaulted ceiling. I don’t know what contraption this is, but it looks like it’s for making grape juice. On display too is a graphic novel that tells the history of the castle. Cute drawings.

Want a more scenic route on your way to Okinawa, one with a breathtaking view of the North Pacific Ocean? Then hop aboard the Superstar Aquarius where you can experience a life-changing island-hopping cruise from Taipei to the many mystical islands of the Okinawa prefecture!

Special thanks to Star Cruises, a subsidiary of Genting Hong Kong. A pioneer in the Asia Pacific cruise industry, you can check out Star Cruises’ fleet: SuperStar Virgo, SuperStar Libra, SuperStar Gemini, SuperStar Aquarius, Star Pisces and The Taipan. To learn more, go to starcruises.com. 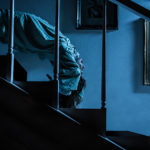 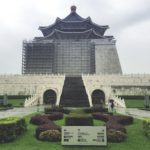 Taipei in 8 Short Bursts of Adventure Next