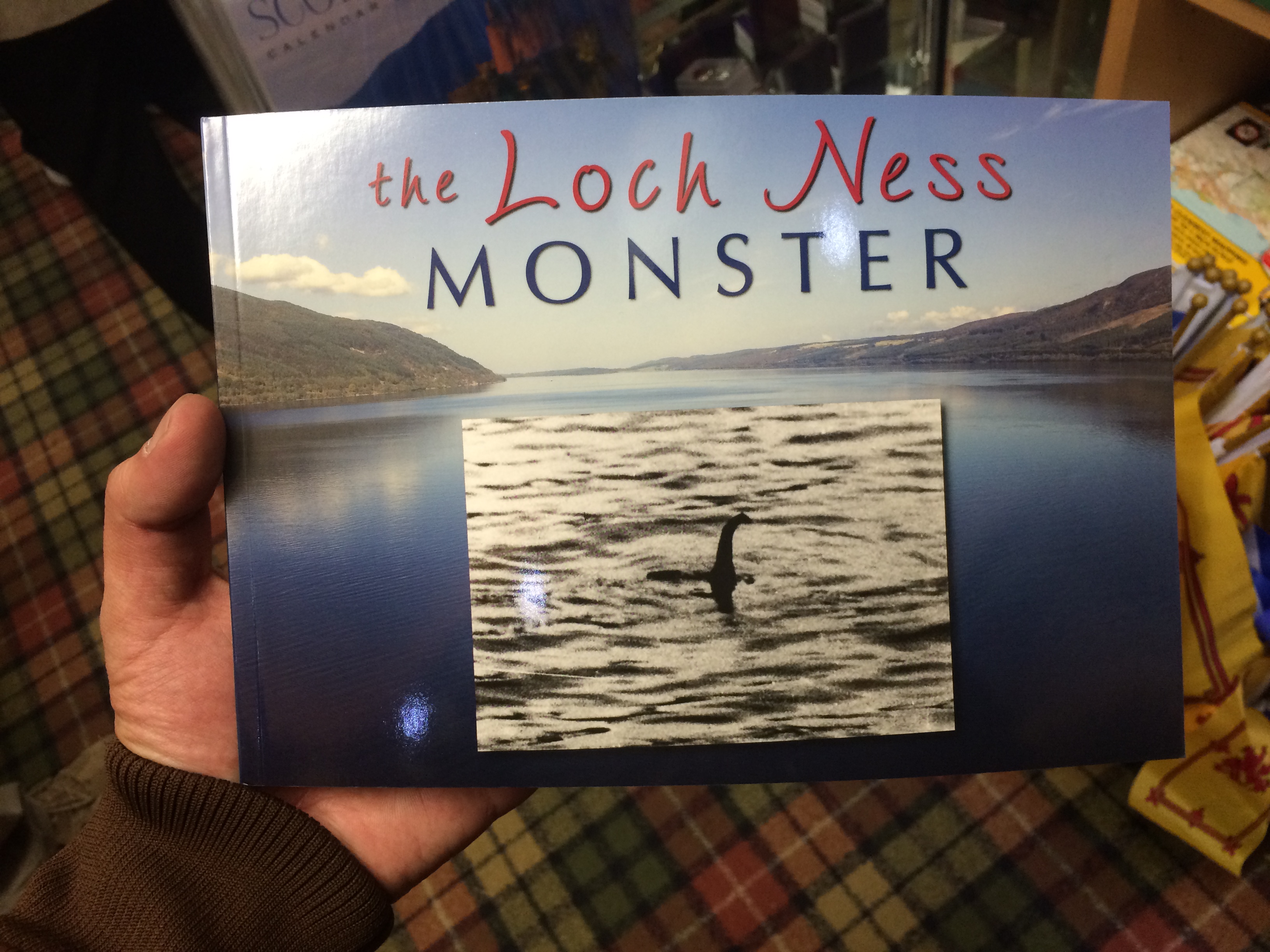 Pinoy vs. Nessie: My Adventure in the Scottish Highlands

Can one Pinoy tourist find the fabled plesiosaur of Loch Ness?
by Wincy Aquino Ong | September 19, 2016

“Hon, I want to see the Loch Ness Monster.” My wife and I were getting ready for bed in our charming little Airbnb, along Fergus Drive.

You could tell she was more into art museums and hipster breweries. “Is there even a Loch Ness Monster? All you’ll see there is a lake and a lot of souvenir shops.”

I smiled, “I don’t mind lakes. And souvenir shops.”

Apparently, seeing the diplodocus at the Natural History Museum didn’t do it for me. I was hungry for more giant creatures on this side of the Atlantic.

7A.M the next day. I woke up to my alarm. Took a shower. Hailed a taxi towards the Rabbie’s Tour office in George Street. It was kind to the pocket: The trip cost me GBP42—about PHP2,900—for a round-trip bus fare, exclusive of breakfast and lunch. At the Rabbie’s Tour office in Glasgow—barely awake to take a selfie.

I arrived five minutes early. For Glaswegians, that was already late. Oy!

The tour guide asked everyone where they’re from. He said it was the first time he had a Filipino on the bus—which probably meant, that for us Filipinos, the Scottish Highlands was not a top-of-mind destination. The contrarian inside me was doing back flips. Hey, I’ll be one of the few Pinoys who could say he’d been to the Loch Ness! Roll up! Roll up for the Loch Ness Monster tour!

The bus started to roll out of Glasgow’s city proper, its pre-industrial spires and brickwork buildings fading in the mist. In just a few blinks, we were well on our way to the Scottish Highlands! Yep, with this kind of background, I knew I was further away from Glasgow.

As much as I was a fan of all things London (Cadbury chocolates, Emily Blunt, movies by Edgar Wright), I didn’t know much about Scotland.

With a Scottish accent so thick it dripped, our driver told us we were on our merry way to Inverness, home of the mythical lake. As we negotiated the sleepy mountain slopes, everyone fell into a coma. I, on the other hand—your typical Third World traveler—kept my eyelids open. Outside my window, everything was a landscape painting: Tendrils of mist swirling from the cracks, boulders larger than two-story buildings, mounds of green stretching to infinity. Cue: Queen’s “Princes Of The Universe.” The tour guide said this was the location of the James Bond movie “Skyfall.” Haven’t seen that one. Any good?

The terrain seemed untouched, almost prehistoric, as if gods still walked among us. Being born and bred in the Third World, I could only marvel at this sense of expanse.

We hopped down the bus when we reached Glen Coe—a glen of volcanic origins. (Glen, of course, is just an Englishman’s term for ‘valley’. Hey, for us Pinoys, we have unique land formations too, like bulubundukin, talampas, and lambak. Ha! I jest.) Ah! The Scottish Highlands—good for the lungs.

After taking in more sights from our scenic route, we had a stopover at Inveruglas—a fog-bound hamlet near Loch Ness. There were coffee shops everywhere and, of course, as expected…souvenir shops aplenty. Stopover at Inveruglas Village—I believe the word I was looking for was “hamlet”—not “village.”

I spied a place called Café Lochan. Their best seller, it turned out, was this local dish called haggis. If you think we Filipinos are nefarious for eating sisig and dinuguan, wait ‘til you see what the Scots have for lunch. Haggis is a savory pudding made of sheep’s heart, liver and lungs, bagged and served in intestinal lining. Curious? I wasn’t. I settled on less adventurous fare: a ham and cheese Panini with Marks & Spencers Crisps. Oy!

After lunch, we were all raring to see Loch Ness. Our driver turned out to be quite the human Wikipedia. He talked about Scottish history, music, inventions, and other miscellany as he navigated the rain-soused roads. The one tidbit that perked up my ears was about this tribe called The Picts—warriors who painted themselves blue and fought naked! Marauding armies were deathly scared of them because they looked like demons in the fog. Cool story, bro. The warrior clan of The Picts.
Apparently, Keira Knightley played one in the movie “King Arthur.”
Photo from scotclans.com

On the way, our driver hit the brakes when he spotted a Highlander on the road—the genuine article, not some cosplayer—replete with bagpipe and kilt. I could not resist but record his performance on my iPhone. Such mind-boggling music, man! Color me tartan: A Highlander playing the bagpipes.

And then, we were there: Loch Ness—home to the legendary creature of the deep! A life-size statue of Nessie bade us welcome. While waiting for the boat to drop anchor, our group stopped by the souvenir shop. The place had an embarrassment of Loch Ness Monster plush toys, books and key chains. One item of note was a William Wallace action figure (better known as Mel Gibson’s character in Braveheart)—which funnily, matched the tartan carpet. Also on offer were bottles of Scotch whisky, which was pretty much drinking water to the average Scotsman. Upon boarding the boat, I ran up the second deck for a panoramic view.

Then it hit me: I was no longer in the Philippines, anymore. The air smelled of pinecones. The water was so deep it looked like black glass. Except for the hum of the turbines, everything was deathly quiet. Our tour guide said that the lake was the ranked 27th deepest in the world at 436 feet.

The Loch Ness Monster, of course, is a world-famous urban legend. In 1934, a doctor vacationing from London reportedly photographed a long-necked creature emerging from the depths. That snapshot became known as “The Surgeon’s Photograph”—the blood-curdling, black-and-white plate that shook the world. Didn’t find any giant creatures, but found a Wi-Fi signal to text my wife I was having a monstrous good time in the Highlands.

But is Nessie actually real? The science community has speculated that the cool freshwaters of Loch Ness could indeed preserve a line of long-surviving plesiosaurs.

I looked down into the dark, freezing lake. I was in Scotland, a long way from Manila. The world was a big place. Right then and there, I could believe in anything. The Surgeon’s Photograph—the one picture that left the world curious.

Have any Scotland vacations spots you’d like to recommend? Let us know below! 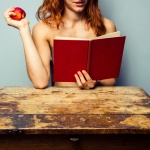 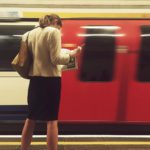 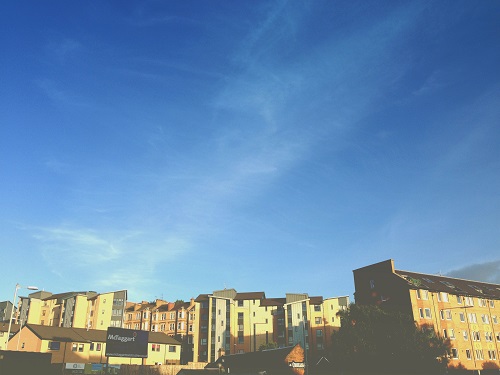 Glasgow: of Respite and Runes