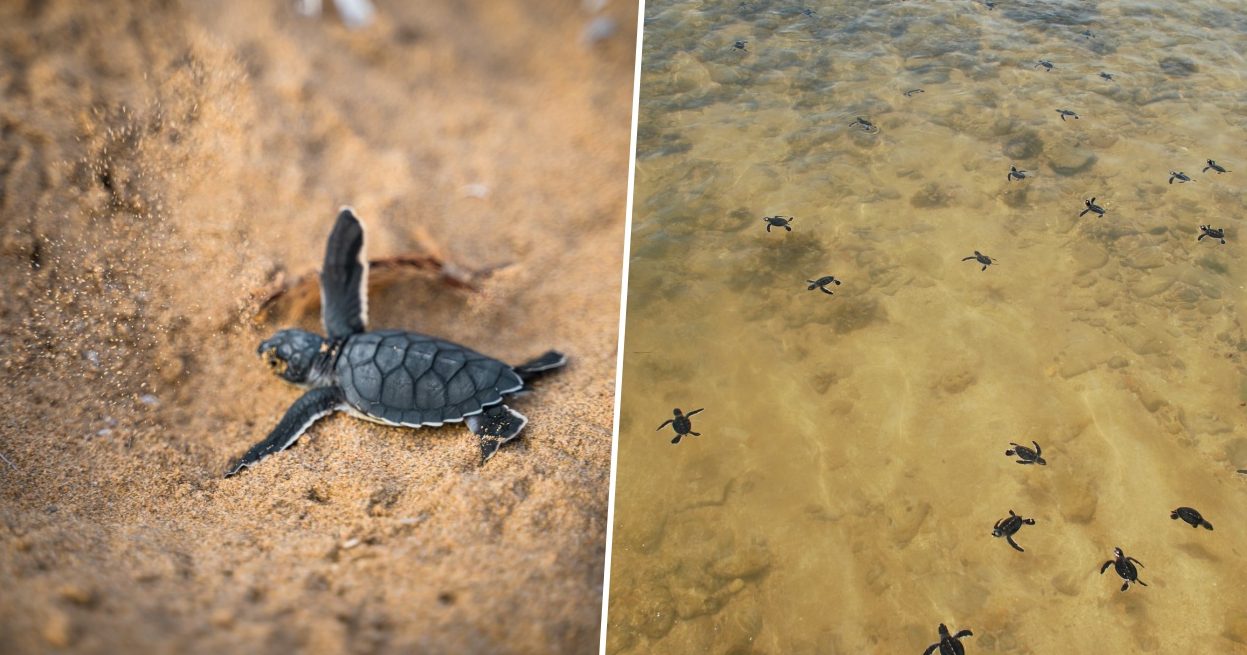 With most of the world’s population quarantined and staying indoors, beaches all over the world have been left empty of human life, making way for sea turtles to come in flocks to start nesting.

On top of the pollution in the seas now full of trash and plastic, sea turtles often face the dangers of human curiosity during nesting season, with many of them being crowded in and sometimes stolen. It’s easy to predict where sea turtles will be during nesting, because interestingly, they return to the exact same beach where they were born, making it all the more important to protect nesting sites.

The arribada or the mass nesting of olive Ridleys is nothing short of magic. Olive Ridleys live in oceans and only come to land to nest. When the females grow up, they return to the same beaches to lay eggs. How they navigate back was a mystery for a long time but recent science suggests that individual beaches have magnetic fields unique to them. When the turtles hatch, these fields are imprinted into their brains, allowing them to sense it when they need to return. It’s a magnificent internal compass as accurate as the latitudes and longitudes used by humans. Read a spectacular story by Swati Thiyagarajan @swatithiyagarajan on the nesting phenomenon on our website. Link in bio. . Photo: Kartik Shanker @shanker_kartik #arribada #odisha #oliveridley #oliveridleyturtle #nesting #rushikulya #turtle #India #wildlife #conservation #biodiversity #wildlifeIndia #turtles🐢 #massnesting #breed #naturalworld #rgsustain

Odisha, a coastal beach in India, saw its beaches full of thousands of Olive Ridley sea turtles laying eggs. Before the lockdown, these beaches are often full of tourists waiting to see the endangered species. Some people even attempt to attack the eggs or steal them to sell in the black market. However, due to the lockdown, this nesting season has been undisturbed for the most part, making this the most peaceful and most successful thus far.

ARRIBADA ~Spanish Word – means ‘Arrival’ 🐢
Refers to mass-nesting event when 1000s of Turtles come ashore at the same time to lay eggs on the same beach.
Interestingly, females return to the very same beach from where they first hatched, to lay their eggs.
🏖️ Olive Ridley Turtle pic.twitter.com/dvzslqA8zW

Meanwhile, in Paulista, Brazil, 97 hawksbill sea turtles — locally known as tartarugas-de-pente — have successfully hatched on the last weekend of March. Only government workers were able to witness the tiny newly hatched turtles slowly make their way towards the sea, as the coastal town has been in lockdown due to the coronavirus. Similarly, in South Africa, leatherback and loggerhead sea turtles are crowding beaches in greater numbers. iSimangaliso Wetland Park, a UNESCO World Heritage site, houses the nesting range of Sodwana Bay, where sea turtles are creating their own nests. The temperatures of the nests vary due to the heat from the sun and subsequently determine the sex of the turtle’s hatchlings — 29 degrees Celsius and above for a female and below that for a male. This resurgence of sea turtles nesting is incredible as it can boost their endangered numbers. We, however, still need to lessen our plastic pollution and maintain the tranquility of the turtles’ nesting beaches. This lockdown all around the world is only temporary, and while it may definitely change our lifestyles, we must also consciously do our part.

Have you ever seen a sea turtle in the wild? Tell us all about it! 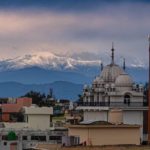 The Himalayas Are Now Visible For the First Time in Nearly 30 Years, Thanks to Clean Air From Lockdown Previous 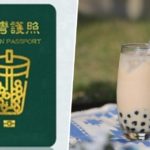