The Internet Is Cooing Over These Animals Touring Their Zoos

When the humans are indoors, the rest of the world comes back out to play. While many public attractions have closed around the world, zoos and aquariums can’t exactly do that. They have to continue taking care of the animals in their custody. And some caretakers are going beyond just feeding and caring for them, pretty much having a grand time giving their animals free rein around areas normally restricted for them — i.e. the rest of the entire zoo.

In Texas, a sloth named Chico met the resident dolphins Liko and Schooner. The sloth was hanging upside down when the dolphin Liko approached — upside down, too! The aquarium’s crew says that Chico was pretty much sleepy throughout the whole encounter — he is undeniably a sloth — but he did open his eyes a bit to say hi to the dolphins.

Penguin, it’s time to dance . . . or waddle around in front of the Whales?

A lot of zoos have allowed their penguins to find their way around like the most adorable things that they are. Thirty-year-old rockhopper penguin Wellington showed off his waddling skills to the beluga whales at Shedd Aquarium in Chicago. And the beluga whales were actually pretty curious about this tiny waddling creature of fluff and flaps — Kayavak, Mauyak, and baby Annik all came near the glass window just to get a glimpse. We can only wish Wellington also tapped their feet around, but they’re already cute enough as they are right now.

Wellington, meet the belugas! 🐳 🐧 This weekend, Wellington visited Kayavak, Mauyak and baby Annik, who were very curious about this little rockhopper. Belugas are northern hemisphere animals, so they would likely never see a penguin! pic.twitter.com/XrpF3BlKnu

And Porcupine says hi to the Penguin

In the same aquarium in Chicago, there’s a day designated for the porcupine Tyson. He made his way to the penguins’ area with the help of his caretaker. And while the penguins seem interested in him, he’s not reciprocating much — what with the very distracting hard biscuit he had in front of him.

The penguins aren’t the only animals taking field trips around the aquarium! Tyson the prehensile-tailed porcupine visited the penguin habitat while munching on a hard biscuit, which helps file down his constantly-growing teeth. pic.twitter.com/X2PpEHt1L3

In Fort Worth Zoo, a Patagonian mara got to walk around as much as they wanted to. Caretakers brought Hector the mara to the otters’ area, and otters Benji, Hudson, and Makita kept squiggling around just to get a better glimpse of their new friend.

Hector took a walk today and with new sights and smells, it was a very enriching experience! Otters Benji, Hudson and Makita appeared to be curious about their new visitor. It was enriching for them, too! Hector made a few stops through the Zoo and we’ll share those this week. pic.twitter.com/c16Wu9hhBK

Everyone’s favorite domestic animals weren’t excluded from the fun. In fact, those at the Atlanta Humane Society made us pretty jealous when some of them visited the jellyfish housed at the Georgia Aquarium.

After so many years of dillydallying, the two giant pandas at Hong Kong’s Ocean Park have finally mated naturally. Ying Ying and Le Le are giving everyone hope that their kind may be able to further step away from vulnerability with the higher chances of pregnancy in natural mating.

Ocean Park says its resident giant pandas Ying Ying and Le Le have mated naturally for the first time since they started trying a decade ago.

In New York, a tortoise named Ralphie slowly made his way to the glass dividing him from the polar bear and so many of his other animal friends. He may be slow, but that’s probably why watching this video is all the more soothing.

With the nice weather, we had the other day, our keepers took Ralphie the red-footed tortoise out for a field trip to meet some of his Zoo friends! #RalphiesBigAdventure #ClosedButStillCaring #TheZooToYou pic.twitter.com/qocXSPasdx

Koalas go back to the wild

Alternatively, koalas, who became victims of the Australian wildfires, were recently released back into the wild after thorough treatment and rehabilitation. We and pretty much every other person on the Internet are glad they can finally go back to their habitats.

Have you seen other animals roaming around freely? Share them with us below! 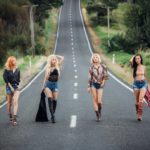 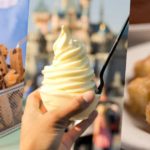 ECQ Travel Guidelines: What Are ‘Tiny Bubbles’ and Who Can Enter Them?