We’re seeing a whole new world with animals freely roaming the cities. And in another episode of animals taking over the world while humans stay at home, kangaroos were seen hopping their way through a city in Australia.

In Adelaide’s Central Business District, buildings are quiet, roads empty, cars left on the curb. More than 1.2 million people of this coastal city were staying at their homes while the dangers of the coronavirus remain.

Protective Security Officers tracked a suspect wearing a grey fur coat hopping through the heart of the #adelaide CBD this morning. He was last seen on foot heading into the West Parklands 🦘🚔👮#animaltakeover #whatsthatskip #kangaroo #cityslicker pic.twitter.com/JPyVXIYQRw

But the stillness of the city attracted someone who would otherwise avoid the place altogether. This one kangaroo was found hopping through the deserted roads of the city center, spotted through the local police’s CCTV.

While it’s not uncommon to see kangaroos around Australia, with many roads being filled with signs warning of kangaroos that may suddenly jump onto the road, a kangaroo in the city is a rare sight. Authorities believe the kangaroo was drawn by the stillness of the city and was heading towards West Parklands.

Elsewhere in the world, similar scenarios are happening with jellyfish filling the beaches, wild goats invading towns, and animals touring their zoos.

Have you seen other news like this? Tell us below! 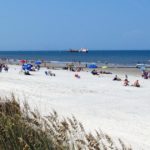 In Spite of Rising Positive COVID-19 Cases, Some Beaches in the U.S. Are Reopening to the Public Previous 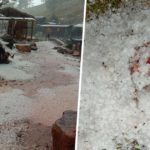 LOOK: Hail Storm in Benguet Looks Like Snow — But Is This a Good Thing? Next